This automotive company requires a turnkey NVH test chamber at their production facility. Mecart provided them a 10’ x 7’ Noise, Vibration, and Harshness acoustic enclosure with a sound isolation (TL) on average about 48 decibels (STC 48) for testing automobile car seats.

The Toyota Production System and other lean management forms are widely used in the automotive industry to have complete control of the production process. Every part of an automobile needs to be carefully monitored and pass a series of evaluations on complying with quality assurance protocols before hitting the road. One of those tests is the Noise, Vibration, and Harshness (NVH) test.  They perform it on different vehicle parts such as the brakes, the car seat, and the engine. 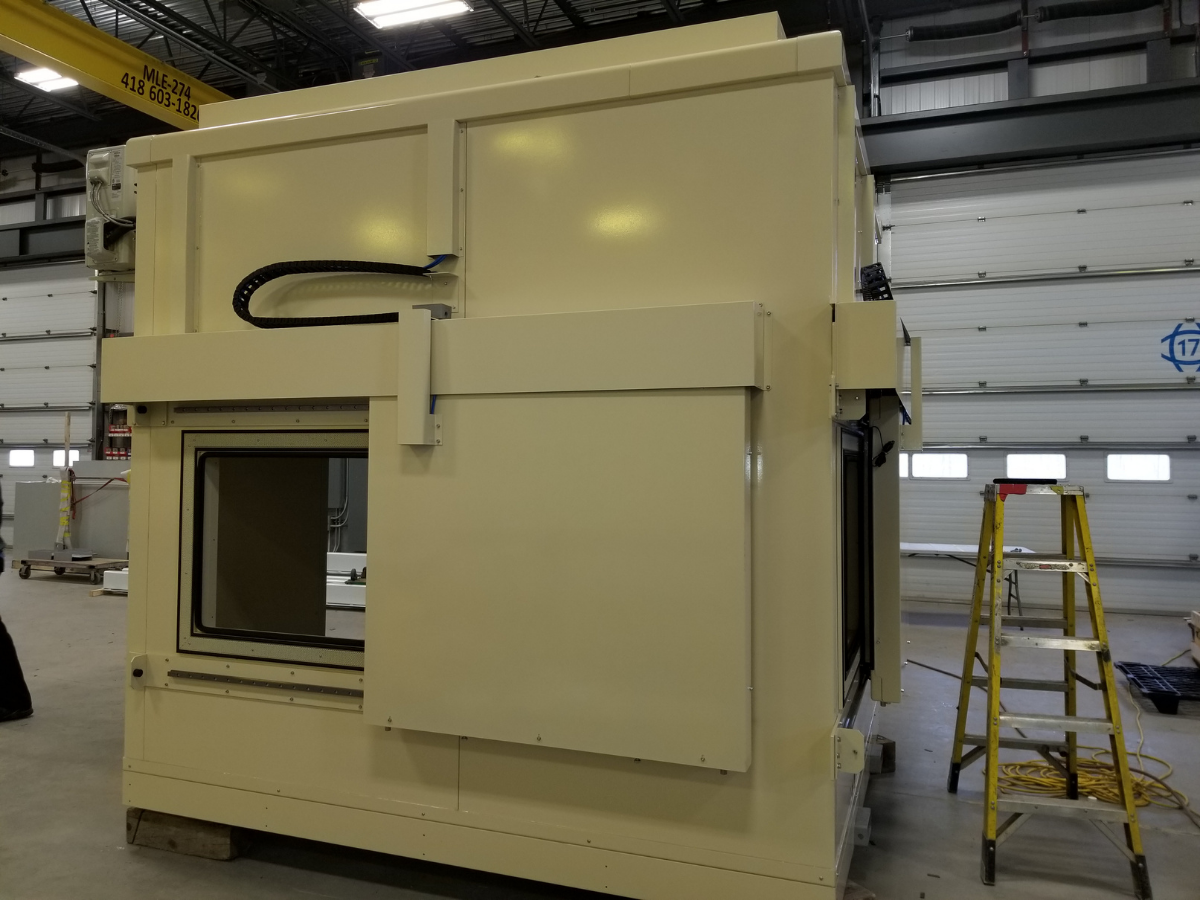 In this case, this client needs an NVH testing enclosure to monitor the car seat vibrations, and they wanted minimal handlings on site. They wanted a «plug and play», which is one of the reasons why they decided to select Mecart’s turnkey modular solutions. There is no need to say that the noise in an automotive manufacturing facility can be boisterous, especially when you need to monitor noise and vibration. The noise level inside the operating facility is around 85 decibels, way above the acceptable level for performing an NVH test.

For the car seat NVH testing, the acoustic enclosure needs to have an STC 38 (38 decibels) sound isolation  inside. To reach this sound reduction level, Mecart provided them a soundproof STC 48 NVH test chamber. The walls and ceilings are made with absorbing modular panels to avoid reverberation inside the noise, vibration, and harshness testing enclosure.

The automotive company was looking for a solution that would stand the test of time and could be operating for many years to come. Mecart’s modular panels are built and designed with that in mind. This NVH test enclosure will be up and running for the next 25 years and probably beyond that! Even if they move to another complex or facility, they can bring it with them.

The 10’ x 7’ NVH test chamber was assembled at Mecart’s facility before being delivered to the automotive factory. One of the design’s challenges was that the NVH acoustic enclosure needs to open 60 times an hour for 480 times over an 8-hour work shift. To ensure that it would resist that amount of usage, Mecart equipped the NVH test enclosure with STC-48 galvanized steel sliding doors.

They open smoothly thanks to an automatic pneumatic system attached to it without compromising the car seat testing’s required sound attenuation. Mecart experience with other NVH test chambers has made it possible to meet this automated pneumatic sliding doors challenge. It should also be noted that all our panels are non-combustible.

A small summary of this NVH test enclosure project: 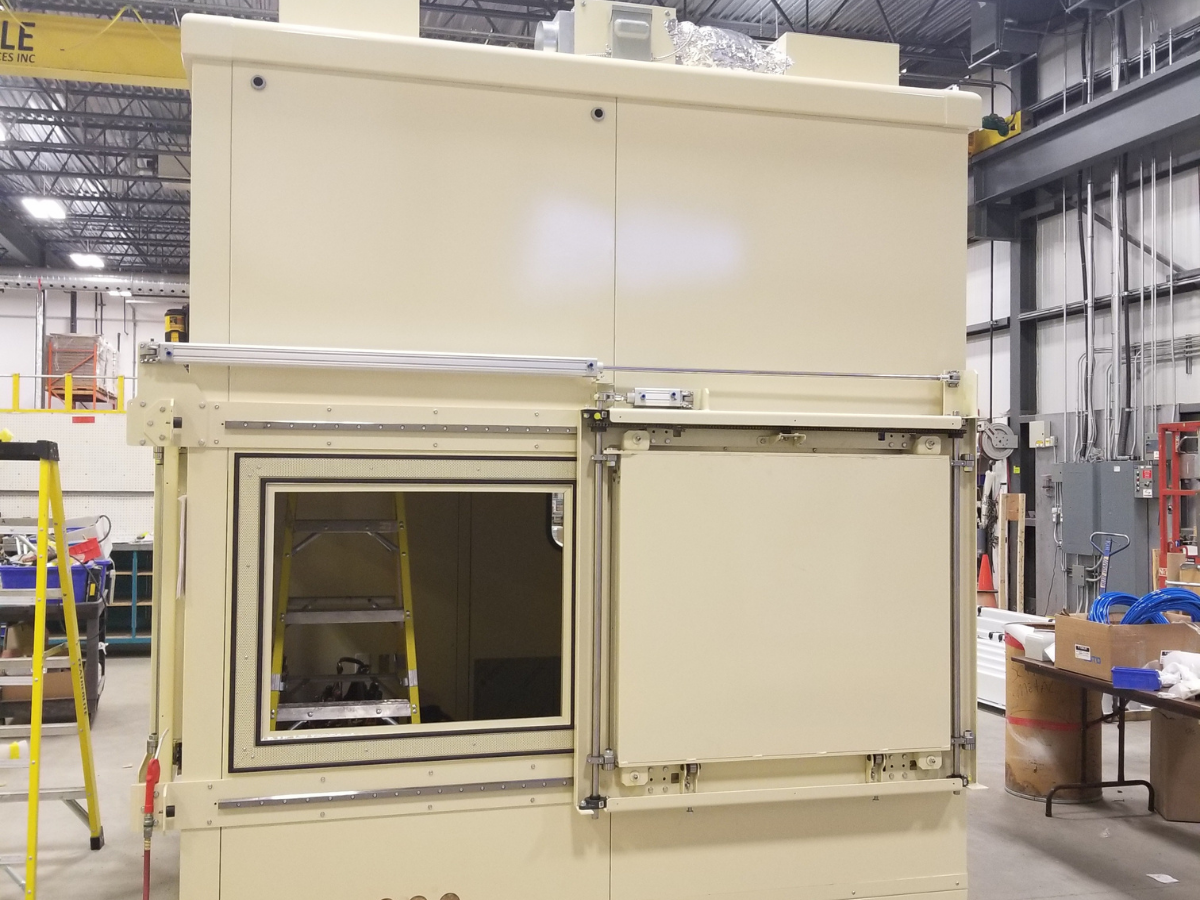 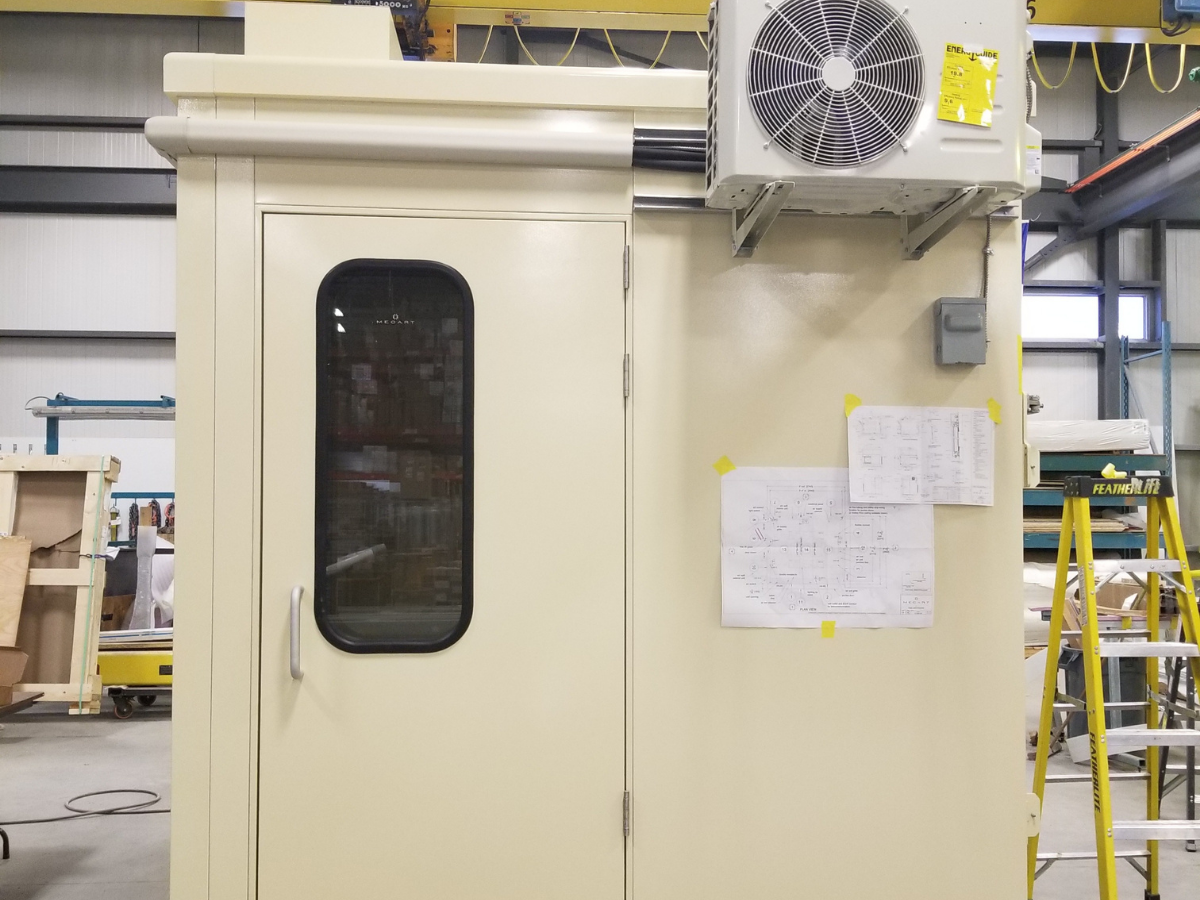 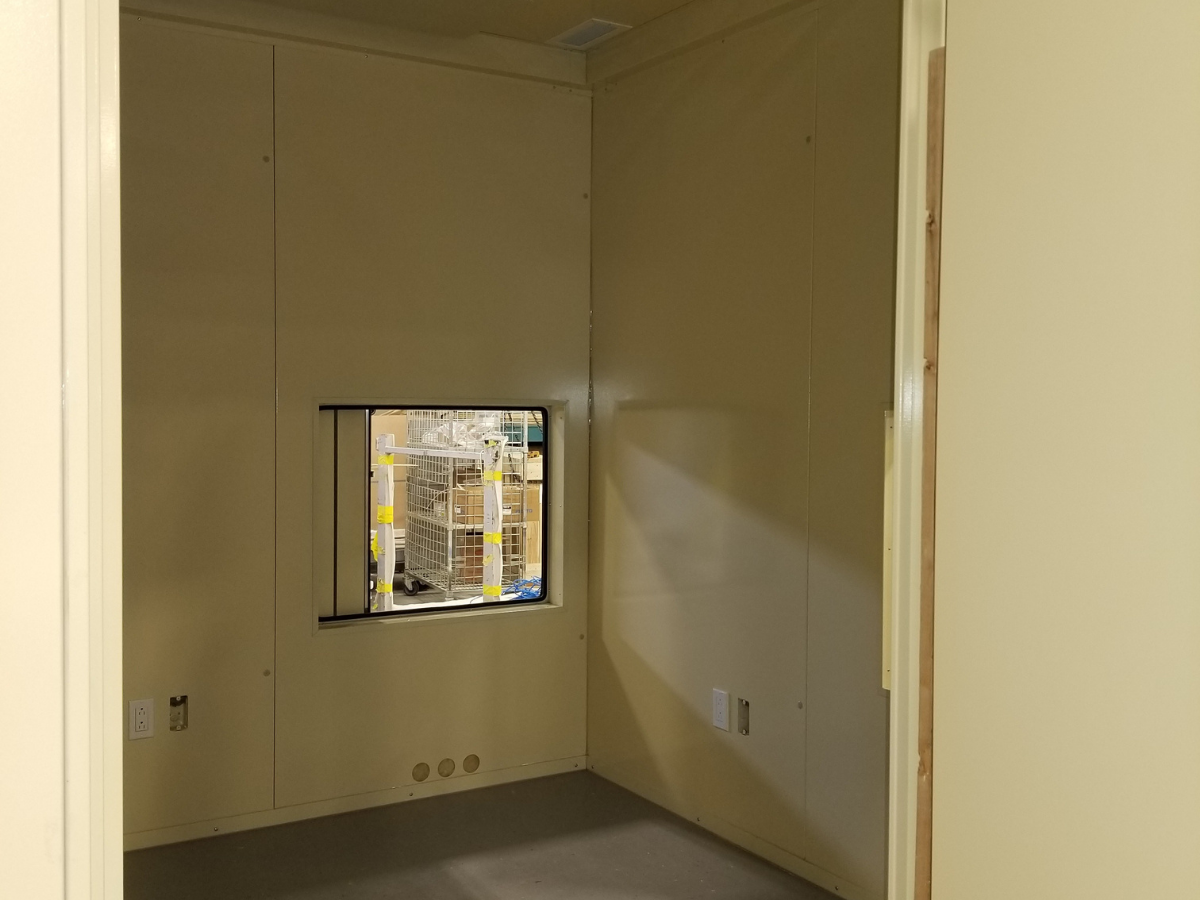